Driving The West Highlands Of Scotland – A Trip To Skye

From Route 66 to the mountains of Europe, there are plenty of classic road trips across the world. However, we often overlook or take for granted what we have on our doorstep.

For us, the recent situation has made us look again at what the UK has to offer. There are many stunning landscapes and drives around the country just waiting to be discovered.

From the mountainous landscape of Snowdonia and the beaches of Cornwall to the rugged fells of the Lake District. There are plenty to choose from but for this trip, we are going to look at the breathtaking scenery of northwest Scotland and the Isle of Skye. In particular, the route from the Applecross peninsula on the Wester Ross coast in the Scottish Highland to the Isle of Skye and its capital, Portree.

The drive is about 80 miles and can easily be taken as part of a longer trip such as the NC500. It could also be incorporated into the return trip after driving the Great Glen.

You can reach Applecross via the coastal road from Shieldaig. This winding road was only completed in 1975. Before then, the little coastal townships were only accessible by footpath or by sea. From Applecross Bay, you’ll get views over to the Isle of Raasay and the mountains of Skye.

Leaving Applecross, head for the notorious 11 mile stretch of road known as Bealach na Bà, Gaelic for “Pass of the Cattle”. The road becomes a single track road with tight hairpin bends and steep drops. Also, it is often closed in the winter months due to ice and snow. Just take your time and take in the spectacular landscape.

Bealach na Bà is definitely not for the fainthearted but for us, it’s not to be missed.

Just make sure your car or bike is serviced and make sure you’ve got suitable insurance. There are plenty of deals out there, it may be worth checking with a bike insurance comparison site with deals from over 42 brokers.

As you descend from Bealach na Bà turn right and join the A896 towards Kishorn. Continue on this road until you reach the expanse of water known as Loch Carron. The village of Lochcarron itself is a collection of white-washed cottages lying on the shore of Loch.

It’s then right onto the A890 which wraps around Loch Carron and head south-west along the coast. Stay on this road for just over 20 miles until you reach the tiny village of Auchtertyre where you turn right unto the A87. You’ll soon reach the town of Kyle of Lochalsh and the gateway to the Isle of Skye.

The Skye bridge opened in 1995 and replaced the old ferries which connected the island. The road bridge spans the scenic Lochalsh Sound. It is free to cross for all vehicles, but it was not always the situation.

There was an expensive toll in both directions when the bridge first opened. In protest, many of the locals refused to pay and a number were arrested. Tolls were finally scrapped in December 2004 and the bridge is now free to cross.

The A87 continues along the edge of Broadford Bay where you can take in the view of the neighbouring Isle of Raasay.

Soon you’ll reach Sligachan with its picturesque old bridge built by the engineer Thomas Telford. However, the main attraction is the view of Glen Sligachan and the dramatic Red and Black Cuillin. The Cuillin is a range of rocky mountains which cut across the Isle of Skye.

We end our 80-mile drive from Applecross in Portree, the main town on the Isle of Skye. The photogenic sheltered little harbour is lined with rows of pastel-coloured shops and houses. If time allows, take a boat trip from the harbour. You’ll get spectacular views of the islands and mountains as well as the local wildlife.

Before leaving Portree, definitely take the 30-minute drive to the Quiraing. The Quiraing is a dramatic landscape and was caused by a massive landslip. Its high cliffs and pinnacles of rock are regarded as some of the most spectacular landscapes in Scotland.

So where to go next is up to you. You can either rejoin the NC500 route or make your way down to the Great Glen, Fort William and Glencoe. Whether you’re on your bike or in a car, the Scottish Highlands definitely offer some of the most breathtaking drives in the world.

A Trip To The Isle Of Skye – Pin For Later 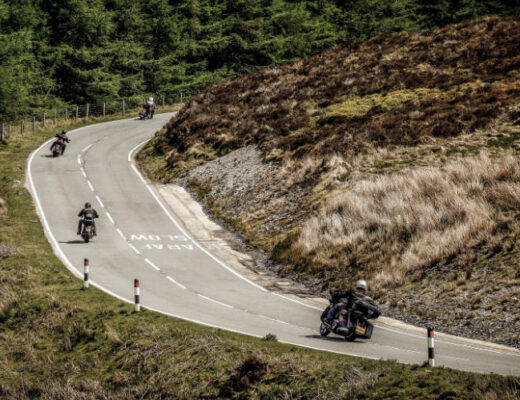 A West Wales Road Trip – Beaches, Cliffs And The Birth Of Speed 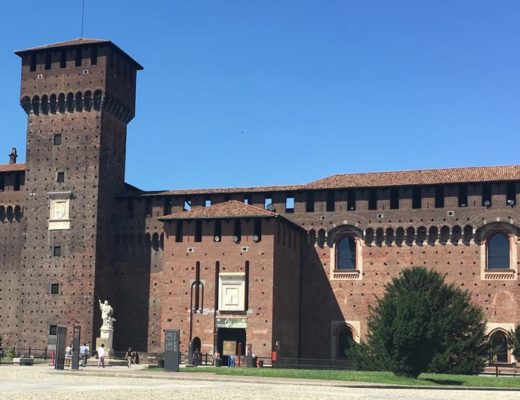 A Day In Milan – Our Top 5 Places To Visit 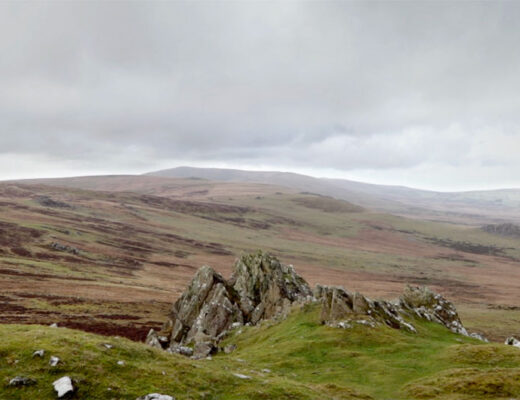 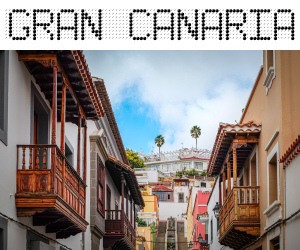 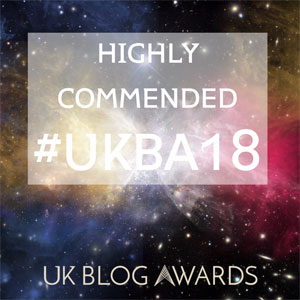 Walking through the forest, is that the sun breaki